Three of the UK’s biggest motoring agencies are to undergo major changes over the next 12 months in measures designed to cut costs and improve services. So what will the merger of the Driving Standards Agency (DSA) and Vehicle Operator Services Agency (VOSA) mean for motorists?

And can the closure of the Driver and Vehicle Licensing Agency’s (DVLA) local offices really lead to an improved level of service? Let’s take a look… 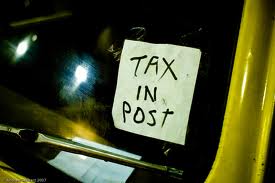 Last year’s announcement that the DVLA will close all local offices and expand their CPU in Swansea.

The DVLA in Swansea has been slammed as a shambles over its handling of the transfer of personalised number platesas to close all 39 of its local offices as part of a nationwide centralisation of services to Swansea sparked a one-day strike by over 1,000 staff who stood to lose their jobs as part of the re-structure.

However, neither this nor a 72,000-signature petition from the  Public and Commercial Services (PCS) union was enough to change the proposals and the three-phase closure of the local offices will begin on October 25 and end on December 13.

The Department for Transport says the move as a step change towards a digital business that will save around £28million a year.

The streamlined service means that motorists will be able to carry out more transactions online or at local Post Office branches, where the existing service has already been extended to include taxing heavy goods vehicles (HGVs) and requesting duplicate tax discs.

An enhancement of the existing Automated First Registration and Licensing scheme means that tax discs can be distributed directly to customers, dealers and fleet operators from the main DVLA office in Swansea.

And for anyone worried about their tax disc getting held up in the post, a change in the law means that newly registered vehicles can be used on the road for up to 14 calendar days from the date of the first registration without needing to display a tax disc.

The main Swansea office will also be responsible for enforcement, but critics believe that this is the major flaw in the plan and may lead to increased vehicle tax evasion.

Mark Serwotka, general secretary of the PCS union, said: “As well as losing a high quality public service and more than 1,000 jobs at a time of high unemployment, we believe these closures will lead to increased vehicle tax evasion and fraud.”

Another concern is that the centralisation of services will also slow down the processing of paperwork for services such as foreign imports and cherished number plates.

However, the proposals are going ahead, and will be followed by another major change in the Department for Transport, the merging of the DSA and VOSA.

DSA and VOSA to merge

In a nutshell, the DSA is the agency responsible for the driving test while VOSA sets the criteria for vehicle safety testing, better known as the MOT test. As of next year, the two will merge into a single agency.

The new agency will be headed up by Alastair Peoples, the current VOSA chief executive, but it’s still unclear exactly what the structure, and even the name, of this agency will be.

As with the re-structure of services within the DVLA, it is hoped that the merger will make testing more flexible and convenient for customers and it’s not purely a cost-cutting exercise.

A PCS spokesperson said of the merger: “We certainly hope the decision isn’t being led solely by budgetary considerations and will closely monitor the likely impact on road users. We would naturally have very grave concerns if it looked like cuts were driving something that compromised road safety.”